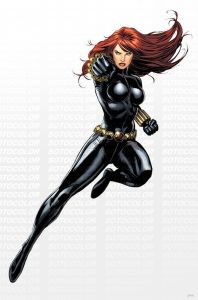 As I sat with two of my closest friends, we reminisced about past relationships and what we learned from them. As adults we should look at every relationship as a lesson. I don’t regret any relationships because they all taught me a valuable lesson. From my first boyfriend at sixteen to my husband, each man has in some way made me the woman that I am today. Some of us chose not to accept that our past shapes who we are today. Most recently I went out with a man who read my last post and advised me not to be so open on Facebook. I laughed and explained to him that I am comfortable with who I am. If I can’t share and laugh at my experiences I would be a miserable person “stuck in the same rut”. We know these type of people. The ones who are anti social and skeptical about trying new things. He was concerned about the fact that people may judge me for dating. Again I laughed. If I lived by what others thought of me I would be a MESS. I can only be me and I will not apologize for that.

My husband and I had a complicated loving crazy eight year relationship. We literally went thru hell and back, but in the end we still were very much in love. I was curious as to how someone whom I had just met was soooo “concerned” about how I appeared to others. Our first date he seemed to be “really into me” and kept complimenting how beautiful I was. He talked about marriage, having more kids, moving in…..Yes I know. All that on the first date? But against my better judgement I decided to give him another chance and accepted his invitation for a second date. Oh why Oh why did I even bother? He held my hand and promised to be there for me. I had to let him know that I am not looking to be married tomorrow and he needs to slow down. 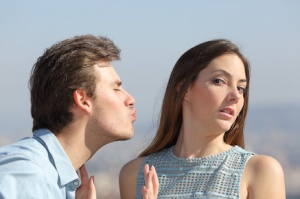 He accused me of playing games and wasting his time. I’m like holdup (yes I got a lil hood)…..all you did is take me out for some Chinese and Ice cream. We literally only been conversing for a week, so how did I waste his time. He’s the second guy to tell me that. What’s wrong with taking things slow? I’m upfront with my past, so they know from the jump that I just want to get to know someone and hang out. Is dating taboo? You’re either dating one guy or not at all? I believe that dating means going out and getting to know multiple people until one or all parties decide to move on. Someone please enlighten me because the men that I’ve encountered don’t want to waste their time with a woman who is dating more than one guy at a time. Damn, can a girl play pool or go see a show without having to discuss having more kids?

****Now you know there’s a ridiculous fact about this dude. Remember I meet weirdos: Two days after our second date he hit me up asking me to borrow $500 to pay his car note. He promised to pay me back $1000 the following week. Normally I would have gave him a good “Nata Cursing” (only a selected few have experienced this), but I was puzzled as to why he thought that it was acceptable to even ask me. Did I give him the impression that I lend guys money that I just met? I just decided to tell him, “I ain’t got it” and assumed he would leave me alone. But noooo, he told me cool and he wanted to see me. I chose not to reply. SMFH. Oh yeah and here’s an update on The Perv….He hit me up and apologized for the video and asked if we could start over and forget about the video. I also chose not to respond. With this said, I’m going to take a break from dating and focus on my goals. Have a lot that I want to accomplish and in time God will bless me with someone for me. But don’t worry this Widow still has some hilarious and interesting things to discuss….